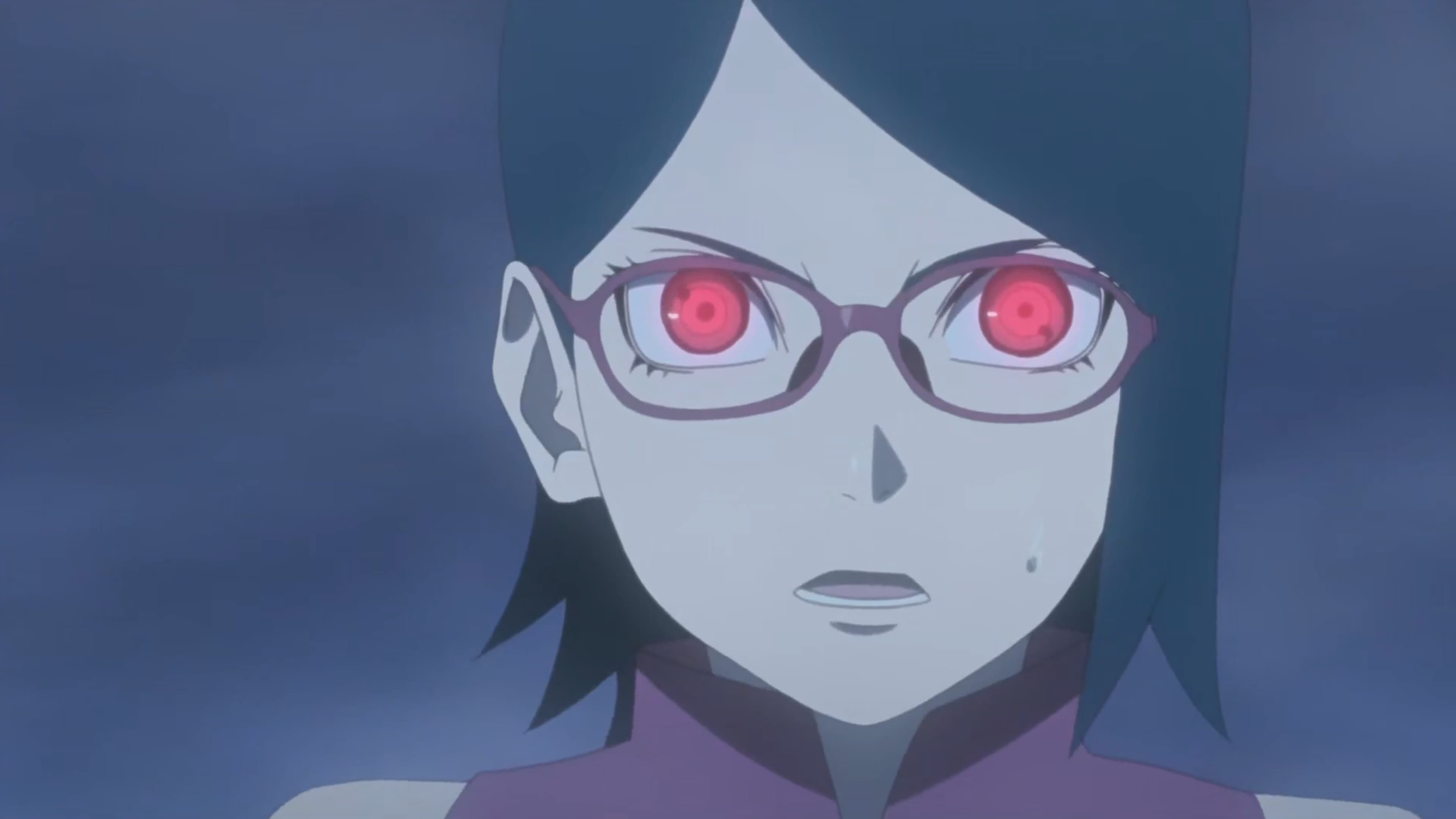 The Sharingan vs. The Lightning Blade, Kiba the Fang!

Chojuro leads Boruto and Sarada to the location where Shizuma and his “New Seven Shinobi Swordsmen” are based. Shizuma uses his jutsu to create a fog that clouds the trio’s vision, and they end up getting separated. Sarada is forced into one-on-one combat with a kunoichi, Buntan Kurosuki, who wields the Lightning Blade, Kiba the Fang! In the thick fog, Sarada uses her Sharingan, but her enemy is stronger than expected. Driven into a corner, she comes up with a counterattack. Meanwhile, Boruto goes up against none other than Kagura.