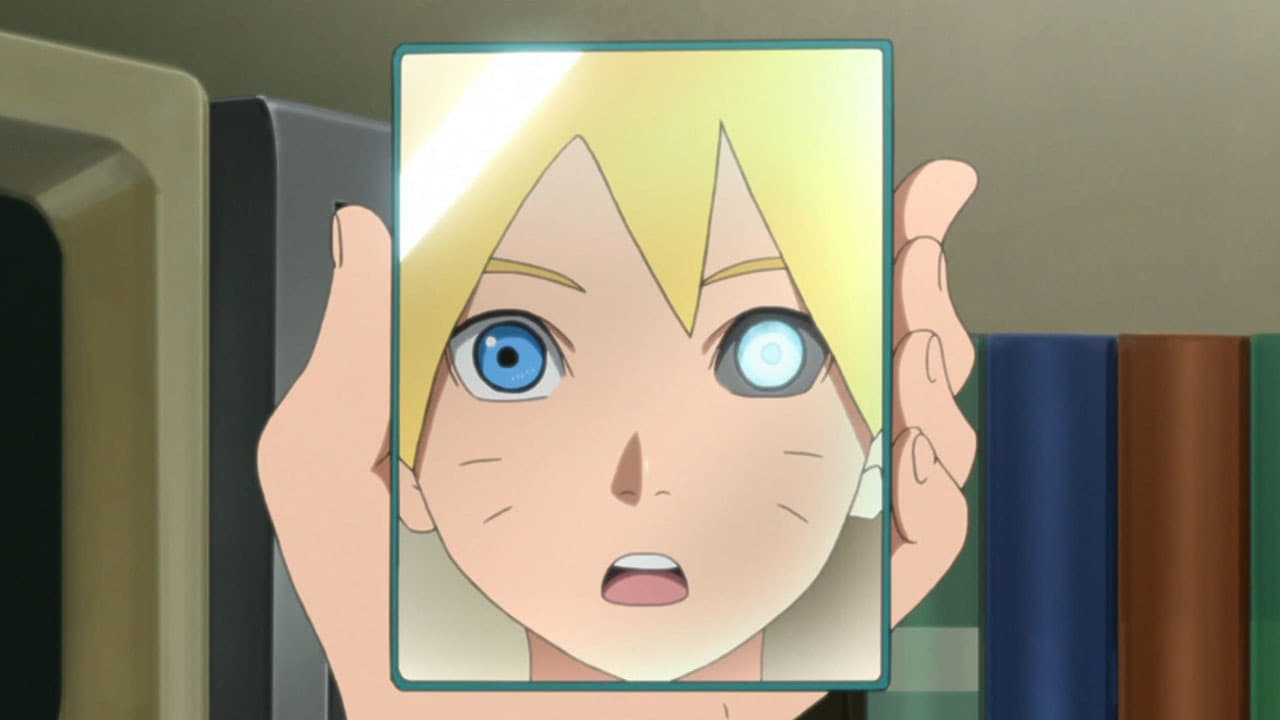 The shadowy, warped chakra that only Boruto can see takes over more people, causing them to rampage. It only affected people within the Academy at first, but now it’s extending its reach into the village. Can it be stopped? And later, a Visual Jutsu places Boruto within a dream—and afterward, Boruto declares the dream has awakened his Byakugan, the Kekkei Genkai unique to his mother’s Hyuga Clan. Naruto does not believe him, so Boruto seeks advice from his grandfather, Hiashi Hyuga.