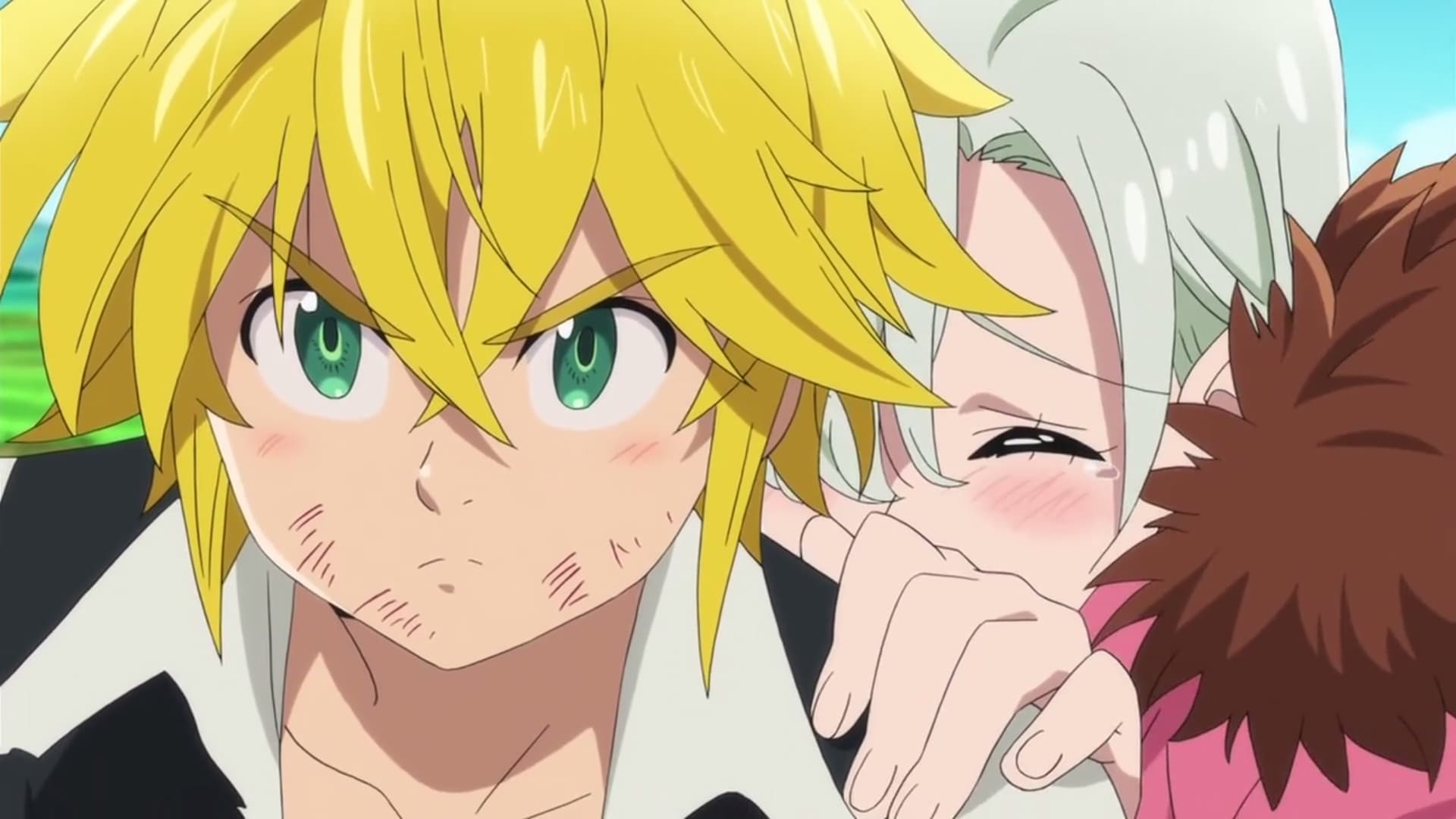 Guila and Jericho interrupt the tournament and cause terror upon the merchant town. King subdues Guila and Jericho after Meliodas and Ban are defeated by them, but King is later overwhelmed by Holy Knight Helbram, who was disguised as tournament referee Love Helm. Meanwhile, Elizabeth returns to her normal size and stumbles upon her elder sister Veronica Liones, who scolds Elizabeth for being involved with Meliodas. Veronica then traps Meliodas inside Goddess Amber, a stone specifically made to seal demonic beings. Elizabeth runs away with Meliodas’s sword and Goddess Amber, while Griamore temporarily restrains Guila and Jericho. Veronica catches up to Elizabeth and shields her from an explosion made by Guila, which causes Veronica to pass away. When Elizabeth calls out for Meliodas, he emerges from within Goddess Amber with a darker side to him.