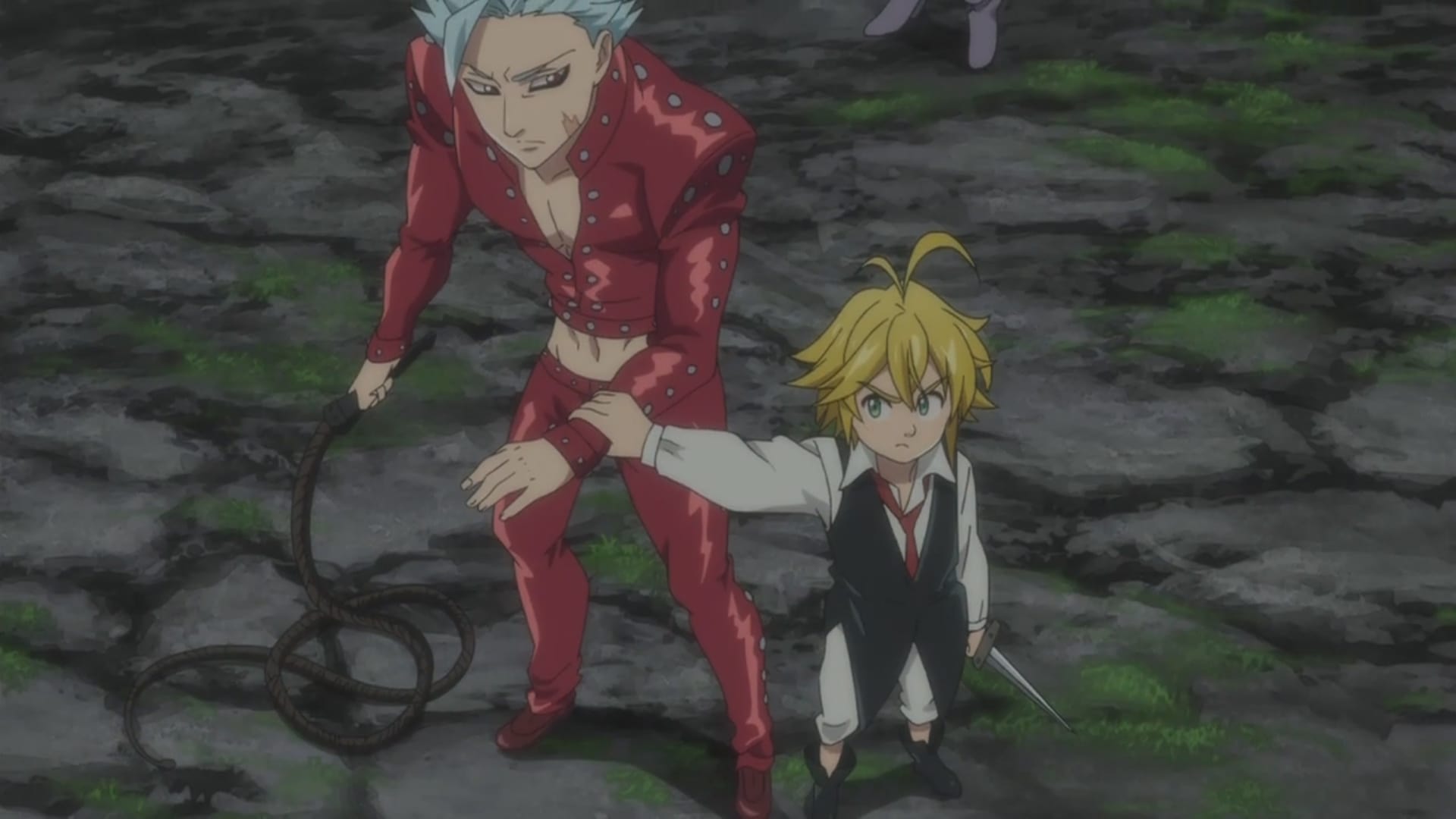 Gowther gives the head of the Armor Giant to the members of Dawn Roar in order to convince them to withdraw from battle. However, the demon breaks through the armor and attacks Meliodas, Ban, King and Gowther. Meliodas lowers his guard upon noticing a Holy Knight merged into the demon’s chest, but Gowther uses his Sacred Treasure, the Twin Bow Herritt, to stop the demon. Meanwhile, Cain visits Elizabeth in the Boar Hat, where he tells her the story of Liz, a knight from an enemy kingdom who became Meliodas’s past lover after he saved her from being sentenced to death. Ban gouges out the heart of the Holy Knight, recognized as Guila’s father Dale, yet the demon still remains alive. Elizabeth rushes to Meliodas and gives him Liz’s sword left behind, which allows him to destroy the demon. It is realized that Dale was one of Hendrickson’s failed demon experiments.