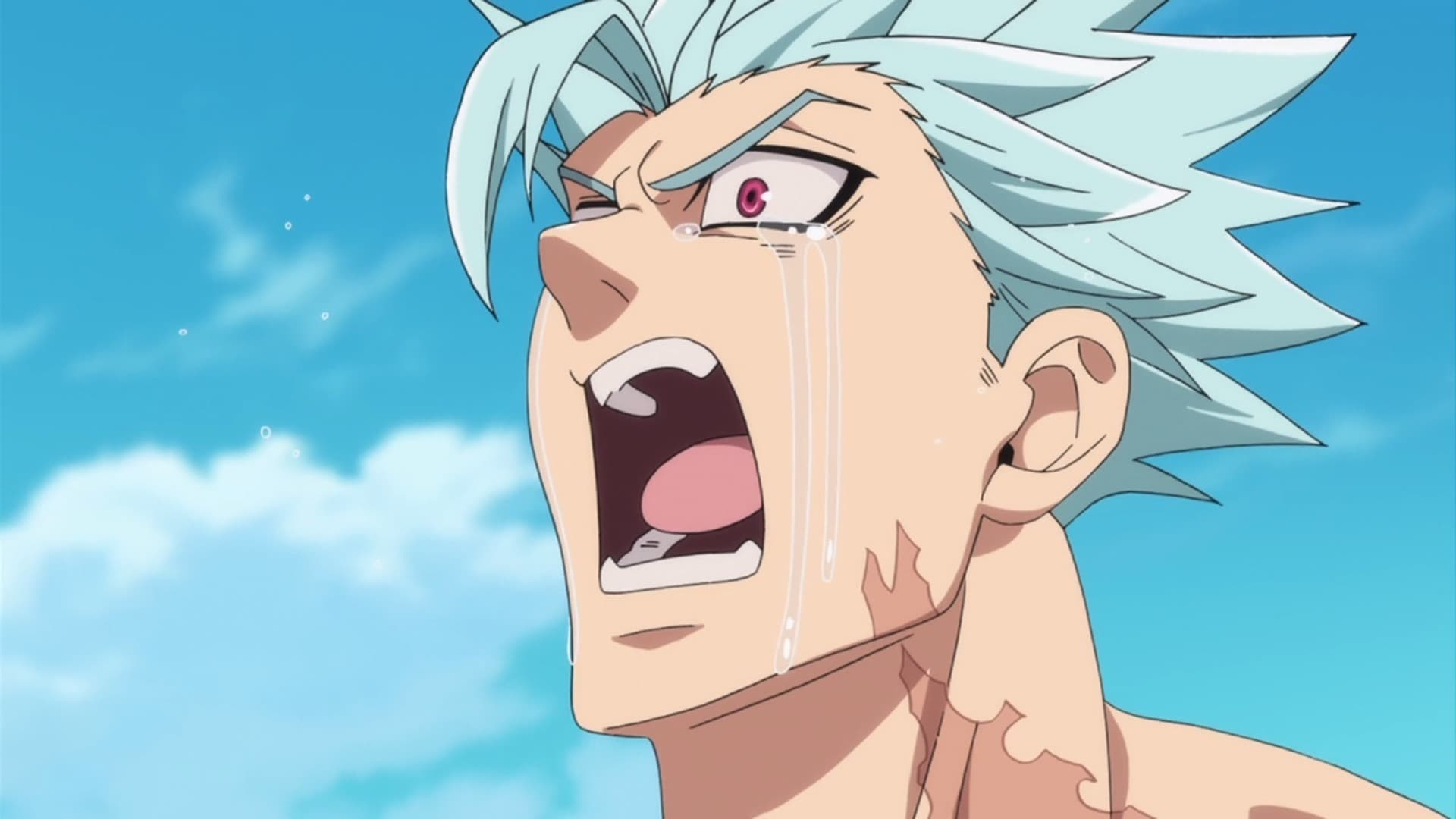 Hendrickson unveils the source of his power, the corpse of a red demon, which is the same one that Ban slayed in the Fairy King’s Forest long ago. After Ban pummels Hendrickson through the ground, Meliodas, Ban, King and Gowther jump down the hole to a cave, where Hendrickson injects himself with the blood from the corpse of a gray demon to acquire even more power. A sudden burst of energy from Hendrickson sends the four of them back above ground, where Hendrickson easily overpowers all of his opponents despite all of their efforts. With Meliodas left standing and protecting Elizabeth, Hendrickson casts a large dark blast, but Hawk sacrifices himself in order to save the two of them. Shocked of losing her dear friend, Elizabeth awakens her dormant powers that repels Hendrickson and heals everyone else. However, Hendrickson survives and still has strength left in him to fight.