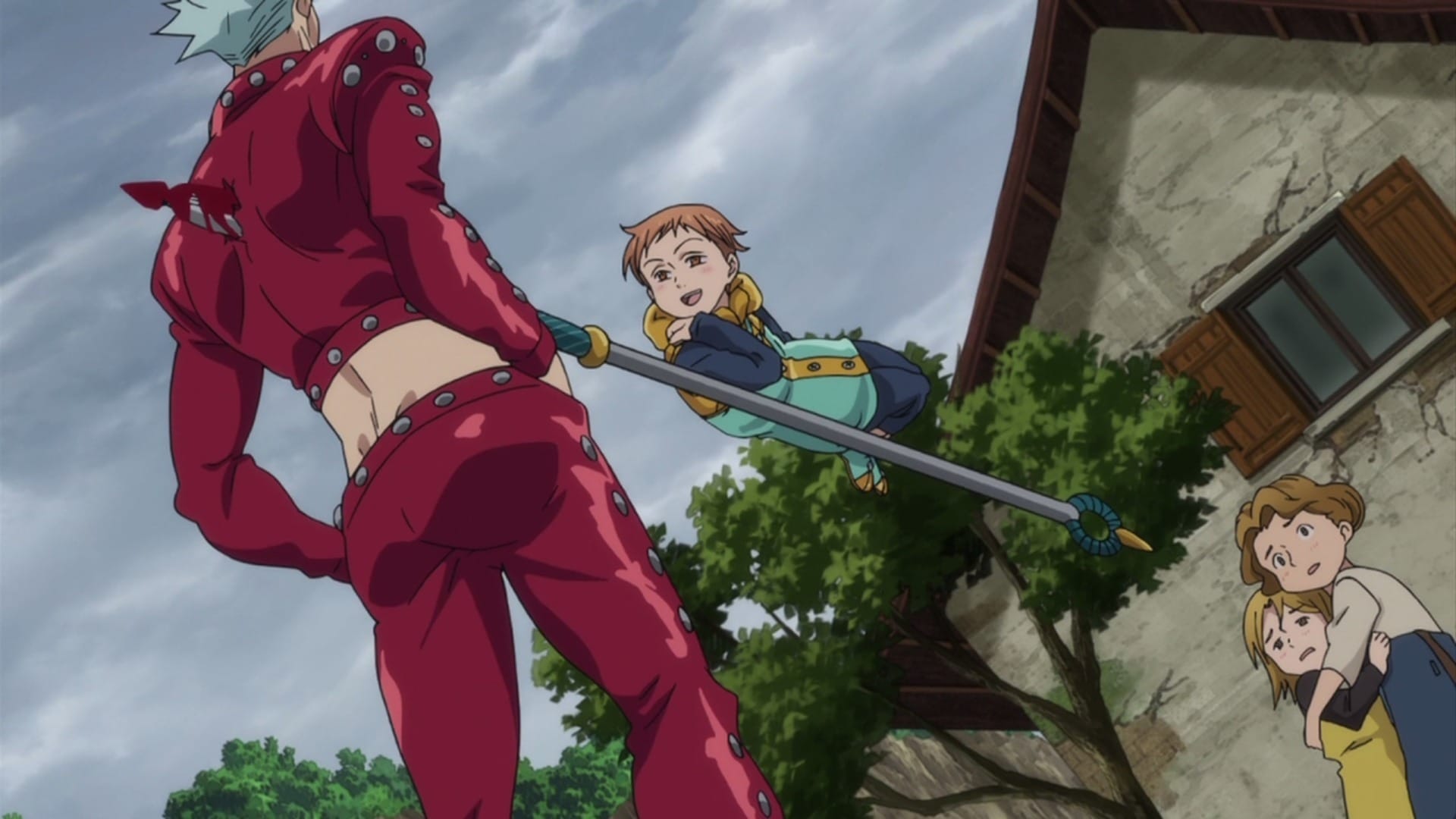 In a flashback, before Ban had become a member of the Seven Deadly Sins, he was a bandit who sought the Fountain of Youth, a liquid sap following from the Fairy King’s Forest’s Sacred Tree, which sustains the entire forest. Although initially repeatedly thwarted by Elaine, the Holy Maiden and Protector of the Fountain of Youth, she soon realises that Ban is different from other humans that attempt to drink from the Fountain due to greed, who instead simply wants to live long enough for something good in his life to happen. In the present, Meliodas, Elizabeth, Hawk, Diane and Ban make plans to go to the Capital of the Dead, catching a glimpse of King, whom Ban does not recognise at first due to his tremendous loss of weight. With help from two siblings, the six, trailed by King, find the entrance of the Capital of the Dead entrenched in a field of flowers, accessible only by the living who share a priceless memory of the dead.