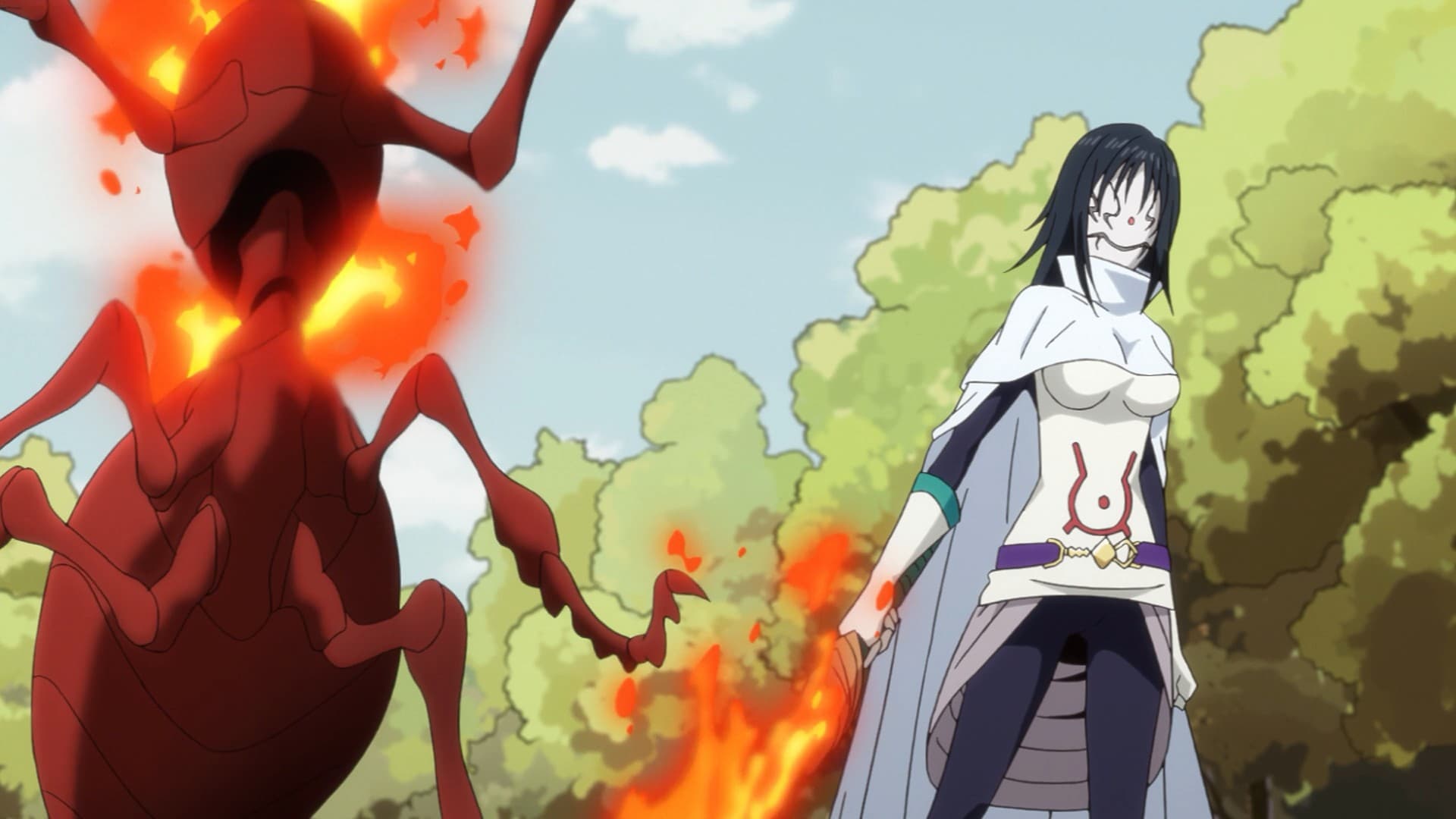 One day, in the midst of the improvements on the Goblin Village with the help of Kaijin and the dwarves, Rimuru meets a trio of adventurers from the Guild who’ve been temporarily joined by a masked woman named Shizu. Shizu turns out to be the person Rimuru is destined to be with, as his fortune said. Shizu also came to this world from Japan, but unlike him, she was summoned here many years ago. So Rimuru uses his Thought Communication skill to show Shizu what Japan looks like today.